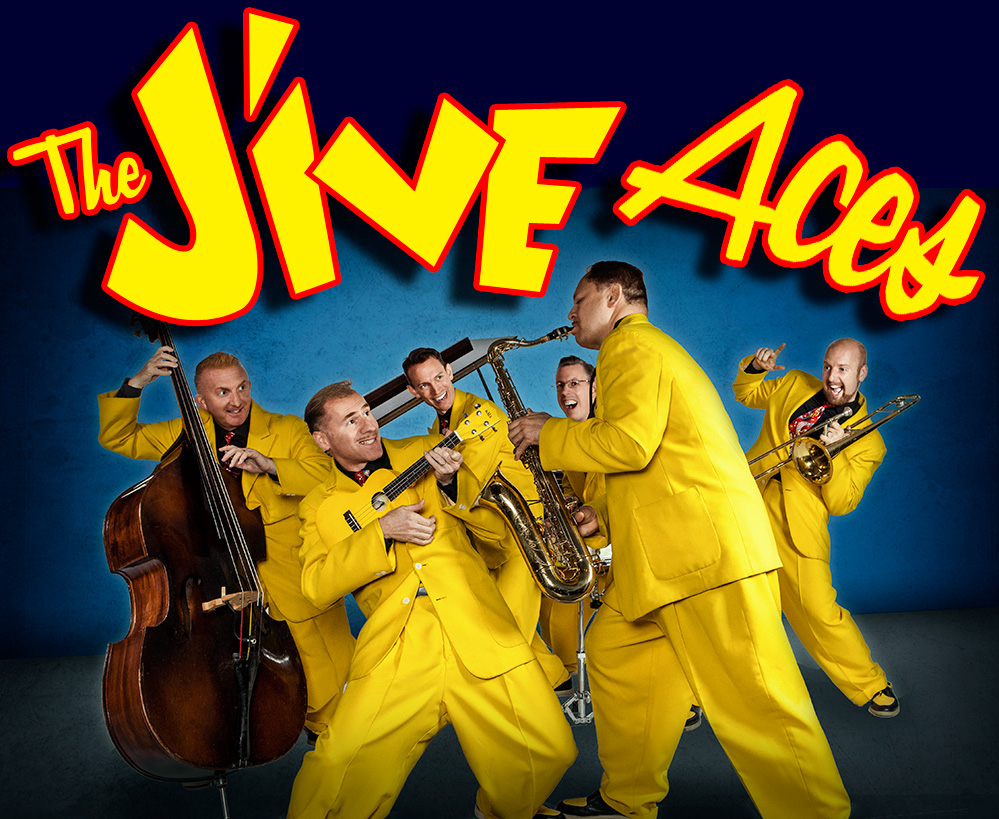 Swingin' the New Year proudly presents — all the way from England — The Jive Aces!  Having become the first-ever band to reach the semi-finals of Britain's Got Talent, and following up with a performance for Her Majesty The Queen as part of the Diamond Jubilee celebrations, The Jive Aces have truly established themselves as the UK's top Jive & Swing band.  The band are renowned for their hot, swinging music and high-energy stage show, playing songs made famous by such greats as Bobby Darin, Louis Prima, and Sammy Davis Jr., as well as a selection of superb originals.  After the viral online success of their music video for Bring Me Sunshine which has clocked up millions of views and seven film festival awards, they decided to dedicate the whole of their new album to making people happy.  Spread A Little Happiness was recorded in Hollywood, California, and features many classic feel-good songs as well as several originals guaranteed to bring a smile.  The Jive Aces have brought the house down at thousands of festivals, theatres, and dance halls throughout the UK, Europe, the USA, and beyond, also making hundreds of TV and radio appearances world-wide.  The yellow-suited sextet have worked with celebrities including Van Morrison, John Travolta, Isaac Hayes, Lisa Marie Presley, and many others so far in their career.  Visit JiveAces.com for more band info. 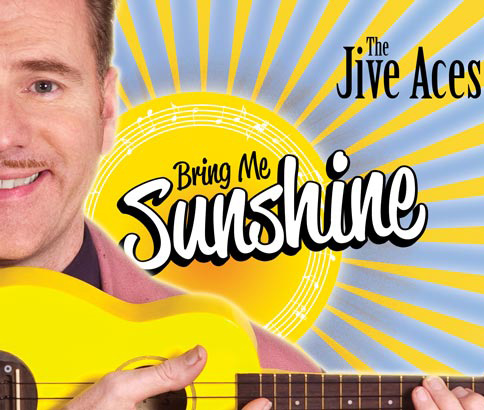 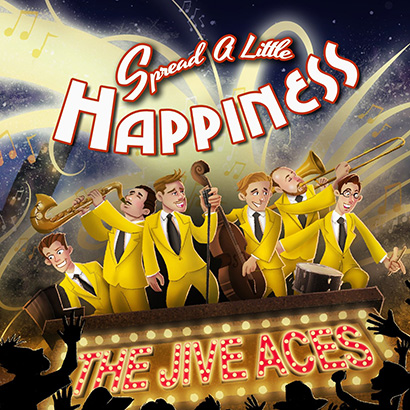 ©  All contents of this web site, except where otherwise stated, are
Copyright 2008-2019 Swing Time & Swing Gang with all rights reserved